I’d only 45 minutes to visit la Basilica de Sagrada Familia after speaking at conference in Barcelona on the afternoon of September 14, 2018. It had been 20 years since I’d seen the world’s most audacious church, which back then hadn’t yet a roof. My wife was with me, there were hundreds of tourists there, and I’d carried with me a single camera (a Sony a77 mirrorless DSLR) and two lenses (a Sony-Zeiss 24-70mm and a Sigma 8-16mm).   Yet the warm, angular light was nearly a late summer sunset, and those two lenses are nearly perfect for photographing architecture of such scale. I knew that I’d have just enough time to do justice to the colors of this wondrous building still under construction. What do you think? (Click here to see the individual photos.) 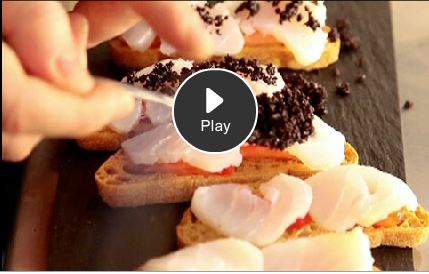 For much of the past decade, El Bulli in Catalonia has been considered the best restaurant in the world. Restaurant Magazine ranked it Number One on its  Top 50 list of the world’s best restaurants for a record five times — in 2002, 2006, 2007, 2008 and 2009, and #2 in 2010. Now, El Bulli’s owners, Ferran and Albert Adrià, have opened a cocktail bar in Barcelona, our favorite city. The seven-minute video above from The Guardian will give you an idea. When Emma and I think about our eventual retirements, we think of Barcelona. That shouldn’t be surprising about her, a Spaniard (although our Catalan friends maintain that the autonomous community of Catalonia isn’t really part of Spain). My own experiences in Barcelona started late for me, beginning in the late 1990s: primarilyspeaking the NetMedia conferences held there, at Pompeu Fabra University, and at Universitat Politècnica de Catalunya in Vilanova y la Geltrú 50 kilometers south, plus friends at La Vanguardia. I remember waking one morning after arriving, and hearing the sounds of roaring motorcycles outside. I saw hundreds of leather- or denim-clad riders astride Harley-Davidsons passing by my hotel. Badly jet-lagged, I wondered if I was still in the States. Hundreds and hundreds of Harleys. But they were speaking French, Hungarian, Finnish, or Greek, etc. I’d arrived in Barcelona when it was hosting the continent’s annual Harley-Davidson riders’ conference. The next day, once I’d gotten used to the all that, I was walking across a crosswalk on a street near Pompeu Fabra when Jay Leno, at the wheel of a Smart Car, pulled up at the stoplight (turns out he was in Barcelona on vacation for Harley conference). That’s Barcelona−surreal, delicious, and always unexpected. Just like the Adriàs’ new cocktail bar.