FOR MY FRIENDS WHO ARE ‘ARMCHAIR’ TRAVELERS and need a scenic, seven-minute breaks. Although the weather in this video is so perfect that it looks more like a Microsoft Flight Simulator artificial view than reality, it is the actual view outside the window of seat 1A while TAP Air Portugal’s Flight #1117 makes its final descent into Lisbon’s Humberto Delgado international airport. It starts with a view of the Atlantic Ocean and the ‘Portuguese Riveria’ where the resort towns of Cascais and Estoril are located, with the Sintra Mountains in the background. Then the mouth of the Tagus River (Portuguese: Rio Tejo) appears as the aircraft steadily descends. At the 1:45 mark, the 16th Century Belém Tower (Portuguese: Torre de Belém) monuments rises above the northern bank of the river, with the Jerónimos Monastery (Portuguese: Mosteiro dos Jerónimos) two blocks behind it. The flight path then passes over the heavily-forested Monsanto Forest Park (Portuguese: Parque Florestal de Monsanto) at the center of the city. I regret that this descent doesn’t the old parts of this ancient city, only the new parts of the Portuguese metropolis. The airliner lands at the four-minute mark, then taxis to the airport terminal. If you ever have the chance, visit Lisbon. It is a lovely, charming city, full of friendly people, history, and excellent cuisine. I’ve loved it ever since my first visit in 1970.

I’m spending most of this month in my wife’s native Canary Islands, doing videography for a project she and I are undertaking later this year. Most of the past weeks have involved shooting ‘B-roll’, which are short background scenes designed to be used beneath narration or other contents. This is an example from a farm in the highlands of Gran Canaria island. This is the Hubble Space Telescope’s photograph of Arp 195, the collision of three galaxies. 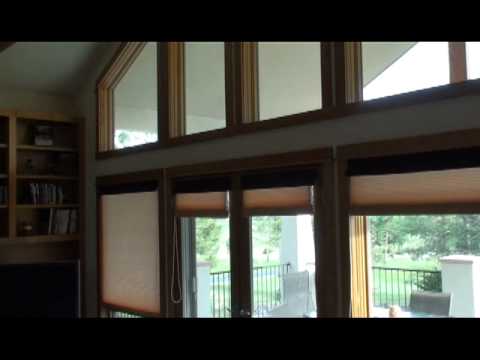 A short, family video to my mother.

Emma hadn’t before been camping, and had some apprehension about sleeping in a tent. Pity us having to sleep in this one. July 20-21, 2009. Shamwari Game Reserve, near Sidbury, Eastern Cape, Republic of South Africa.