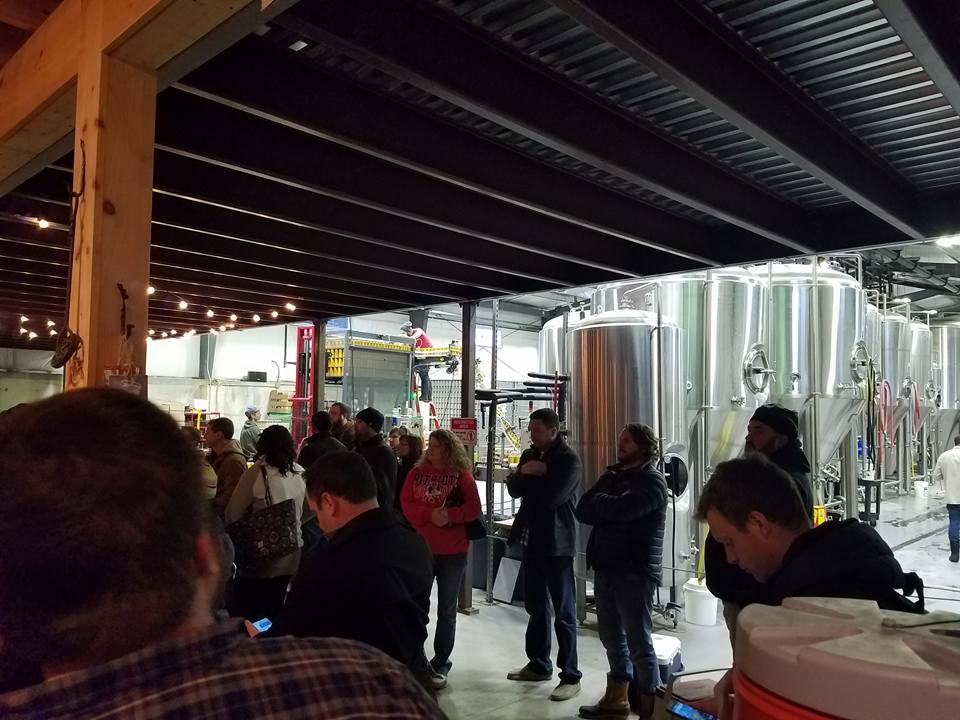 At 3:59 p.m. on a former farm 20 miles (32 km) into the woods of rural Massachusetts, 150 people, most between the ages of 21 and 40, and from at least a half dozen U.S. states, queue in the dirt swept by winter winds behind a large, green aluminium shed no more than a decade old. Its door opens for the day at 4 p.m., but only for four hours. By 5 p.m., the queue outside the opened door will be 350-people long.
This is the Tree House Brewing Company of Monson, Massachusetts. Hundreds have traveled to this unlikely location because Tree House is arguably the best artisinal brewer in the United States. In BeerAdvocatecom‘s ranking by thousands of people of the top 250 beers brewed in the U.S., three of the top five ( indeed, seven of the top U.S. 20) are from this shed, including the top beer.
Tree House doesn’t distribute its products to pubs, restaurants, or stores. Its beer can only be gotten here. Yet none of its beer can be drunk here because the brewery doesn’t have a pub license. The first few hundred people waiting in queue will be allowed to buy a limited number of cans of beers (I bought two six-packs for $43), although those towards the back of the queue might be too late. An hour after the door opens, one of three of that day’s fresh-brewed varieties has sold out. By 6 p.m., a second is out. And by 8 p.m., no matter what, the door closes for another day.