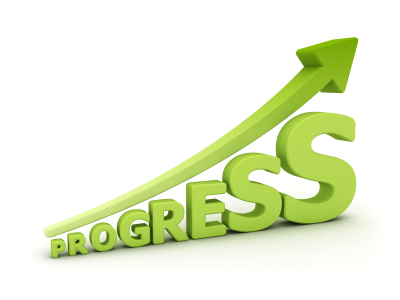 “But, Vin, you’re a Progressive,” retorted a Libertarian friend during a political discussion. I was taken aback by his characterization of me!

‘Progressive?’ I’d never thought of myself as that. What did it mean? I’d remembered the term as from the United States history. During the late 19th and early 20th Centuries a progressive was someone who advocated legislation eliminating tenement housing, preventing child labor, and ensuring food safety. There was a Progressive Party founded in 1912 by former U.S. President Theodore Roosevelt.

Yet my experience has been that whenever someone tries to label you, they’ve already pre-packaged their view of the world. Few people are actually what other people label them. They’re instead more complex. Even people who label themselves, when asked questions that closely examine their values, will admit gaps, some opposite opinions, and plenty of nuances beliefs.

I realized that my Libertarian friend in 21st Century meant was not only trying to pigeonhole my beliefs, he was intentionally, inadvertently, or ignorantly trying to gloss over any complexities or nuances of our discussions. He wanted to believe I was either someone who just wants for the sake of change or someone who thinks that government can solve all problems. Neither of which is true.

However, the more I thought about he mischaracterized me, the more I realized there is another and newer meaning of Progressive that is unrelated to all those political old labels and characterizations. A meaning with which I agree and do identify. Allow me to explain.

During the nearly 60 years I’ve lived, I’ve seen the world change. The end of the Cold War, globalization, diversification, interwoven economies, international pollution and climate change, growing scarcity of resources, and decreasing scarcity of information are only some of those changes. The pace of change in all those things constantly accelerates. Yet so many of our institutions, laws, practices, and lifestyles haven’t or aren’t adapting to these obvious changes in the world. As the ancient Greek philosopher Heraclitus noted, change is the nature of things. Unfortunately, people fear or dislike change. So, it is human nature that our institutions, laws, practices, and lifestyles can become perilously out-of-date, particularly as the pace of change has accelerated.

No, not everything should change (fundamental human rights, for example). However, the list of things that need not change is remarkably small, as indeed any list of truly precious things will be. There are remarkably more things that need to change than don’t. So many institutions, laws, practices, and lifestyles are becoming obsolete. There is a need to bring those up-to-date with the way the world now obviously is. There is nothing new in that. Millennia of ‘divine rule’ by emperors or kings ended because it became out-of-date. So did the acceptance of slavery. Or the subjugation of women. So many other things that once were taken for normal.

I’m no Libertarian. Humanity tried that political philosophy for some 500,000 years up to a few centuries or millennia ago. It didn’t work well. My Libertarian friends see Conservatives and Liberals (or Tories and Liberals, or Republicans and Democrats), ‘left’ and ‘right’, simply as two basically identical but warring political parties, equal yings and yangs that, while struggling for power, just divide the populace. I think that characterization is wrong.

I instead see Liberals as people who accept the fact of change and Conservatives as people who deny the fact of change or wish change were reversed. It’s not politics but acceptance of change that divides the two sides. I think that every mature Liberal on the planet understands that government can’t solve everything. I think every mature Conservative on the planet understands that market forces can’t solve everything. I likewise think those Conservatives realize change has occurred and is occurring, just as those Liberals realize that change advocated simply for the sake of accelerating change is chaos.

I avow that change happened in the world. I advocate that too many of our institutions, laws, practices, and lifestyles need to adapt to the reality of the change, jettisoning old ways that are harmful, unfunctional, or archaic, even if cherished or traditional. I am a Progressive in the rapidly changing 21st Century.